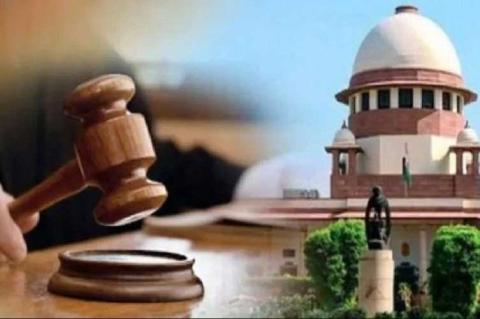 People assumed that after the judgment in ADM Jabalpur case in mid 1970s, the Supreme Court of India (SCI) would be a great bulwark standing in support of liberties and rights of people, but increasingly in recent years especially since 2014 on issues of critical fundamental constitutional importance like the Kashmir issue, electoral bonds, Habeas Corpus, CAA, SCI has been refusing to hear such cases, kicking the can down the road presumably because the apex court senses the outcome could embarrass the government. It is worrying that SCI is ducking its duty on constitutional issues. A nuanced view of such delays is that Indian judiciary’s capacity to take on the government and hold it to account is grossly exaggerated. Its performative bark is way worse than its bite. It has practically never taken on the political establishment. Public Interest Litigation (PIL) revolution since 1970s has been a performative compensation for SCI’s failure in ADM Jabalpur case; but even then the pronouncements are far more grandiose than in a sense the actual remedies that it provides.

People should never look to judiciary to save democracy. If one looks to judiciary to save democracy, chances are one has lost the battle. Even by those standards, the kind of abdication people have seen since 2014, where the SCI refuses to stand up for the core constitutional values, its own internal functioning of the collegium system, the way judges are promoted, transferred, are setting such a horrendous example of how institution should be run, is hard to argue any legitimacy is left. As for the Habeas Corpus, it is the most important fundamental right citizens have in a democracy. Even here, judiciary’s track record in recent years is inconsistent. SCI gave Arnab Goswami bail in 24 hours. But Siddique Kappan has been languishing in jail for more than a year without charge sheet and no one seems to be concerned. In the case of Kashmir, hundreds of Habeas Corpus cases simply were not heard. Some have now lapsed with time but remain unheard. In 2020, SCI was blind and deaf to the plight of tens of millions of migrant workers. They are citizens of India; the SCI seemed to be unconcerned about.

It defies comprehension how the SCI that is the apex court of a liberal constitutional democracy can abdicate its duties this way. Even orders that the SCI passes are so inconsistent, i.e. justice gentry’s pronouncement in Arnab Goswami’s case has not set a precedent for anything. If anything, the practices of granting bail, withholding bail have gotten worse defying the SCI’s own laudable pronouncements that “Bail is the rule and not the jail”. It is hard to shake off the impression that either under pressure or perhaps because there are true believers, it is possible that they are actually ideological converts to the government’s causes. The SCI is not simply performing the function it should. So the SCI is letting the people down.

Coming to the appointment of judges to the High Courts and the SCI, the law laid down by the SCI in the case judges appointing judges, binds both the executive (government) and the collegium. Yet appointments and transfers of judges in keeping with 1993 Constitution Bench judgment have not been strictly in terms of that law. Time schedule suggested by the SCI is in jeopardy. As on December 2, 2021, 126 recommendations of Chief Justices of High Courts remain pending at various levels. Importantly, 23 recommendations reiterated by the Chief Justice of India (CJI) led collegium are pending with the Government of India. Besides, 100s of vacancies in High Courts exist. Direction in the impugned law to complete the process of filling such vacancies is forgotten. Law on transfer of judges of HCs settled in the 1993 judgment has been ignored clearly by the successive CJI led collegiums. For example, Justice Mohd. Rafiq appointed a judge of Rajasthan High Court in May 2006, was transferred four times as Chief Justice of High Courts of Meghalaya, Orissa, Madhya Pradesh and Himachal Pradesh between 2019 and 2021. There is no plausible clarity or explanation.

Coming to relationship between executive and judges under the collegium system, it is surmised that the SCI has been letting the people down. Under the collegium, judges choose themselves. Starting with September 2014 Gopal Subramanian case, this government has repeatedly either refused SCI nominations or simply stole them and done nothing about it. In no instance, SCI has insisted that its nominees be accepted. SCI has actually accepted the fait accompli of not being cleared. Instead, government keeps giving post retirement jobs to several CJIs and many judges have taken publicly to praising the Prime Minister (PM). If this relationship, which should be one of arms length difference, is becoming worrying cozies? Even though collegium always chooses own judges, informally it always has one eye towards the executive. There is precedent to what the judges do today. Remember Justice P.N.Bhagwati’s incredible public letter praising former PM Indira Gandhi and calling her “savior of the nation”. However, scale and intensity have drastically changed. Now a government executive simply holds up the appointment of a hundred judges for about 16 months till the SCI relents on dropping one name, inconvenient to the government. That is the scale that we have not witnessed before.

If we take the case of a former CJI, justice Ranjan Gogoi, in annals of any judiciary in the world, it is difficult to find an instance where somebody was a judge in his own cause. The basic presumption of justice was put aside. Justice Gogoi then goes on to be nominated a member of Rajya Sabha (Upper House of Parliament) and before him Justice P.Sathasivam went on to become governor of Kerala. Judges are now openly praising the PM while sitting on benches. There is no arms length difference; there is ideological legitimation of what the government is doing. Justice Arun Mishra, Chairman, National Human Rights Commission (NHRC) openly, ideologically legitimizes the government. Besides, critical cases of constitutional importance, where it is sensed government could be embarrassed are simply not heard because it is a way of avoiding the embarrassment. However, it is also a way to avoid holding executive power accountable.

All of these are instances of the SCI letting the people down. It lets down citizens when it fails to hear Habeas Corpus cases. It lets down the Constitution when it fails to hear expeditiously Kashmir, electoral bonds, CAA and other important constitutional cases. The worst consequences of the SCI not hearing the constitutional cases, there arises a constitutional impropriety, accepted as a fait accompli and at times it is too little to change it. It also generates the climate of fear. Yet people take risks believing, “If executive goes after them, at least judiciary will give them justice”. However, people are now aware they cannot even get bail for months and years. In such situation, the calculus of risks changes dramatically in the civil society. It becomes instrument of fear, not just legitimizing impropriety. Responsibility of the SCI is huge as lack of its constitutional response enhances the sense of fear and unease that all of us feel as journalists, activists, lawyers et al. We all feel this that final recourse and redressal is not available through the courts. In this connection, guilt of the SCI is worse because it is the one institution having all the powers and is the most independent. All other institutions are in some ways dependent on the government for various reasons. SCI is an institution that is entirely self-perpetuating, even appoints its own, at least in principle. In that sense, complicity is more surprising!

END_OF_DOCUMENT_TOKEN_TO_BE_REPLACED

Gulf between those who have ready access to computing devices and Internet, and those who do not have, is generally known as digital divide.